In a nutshell, Bitcoin is a form of digital money. But unlike the traditional paper currency, the central bank does not control it. Each bitcoin unit is unique and cannot be copied or deleted and works on a distributed network supported by thousands of computers worldwide.

In recent decades, the creation of practically everything, from the Internet to word processors and network programming, depended largely on the fact that digital information could be copied quickly and easily at almost zero cost. Of course, various computer and network technologies have been developed based on this universal data property.

It was just a matter of time when computer scientists and developers started thinking about the second half of the data economy. What happens if the data cannot be copied?

What would happen if something like a unique data existed and if it could be passed from user to user? These questions and their practical implications have finally clarified that the unique data that cannot be copied can be used as a digital currency.

Although other types of digital currencies existed, Bitcoin was the first to use cryptographic methods, which marked the beginning of cryptocurrency. Most people have little or no experience with this particular type of digital currency, so they might ask “what is Bitcoin?”

Or you might want to know how Bitcoin works. The basic technology that makes cryptocurrencies so unique is exciting, but probably one of the most difficult topics for most of us.

As already mentioned, Bitcoin was the first cryptocurrency ever created. This is a form of digital money that is very resistant to fraud and used within a decentralized financial system.

When it comes to Bitcoin as money, it can be described as a digital currency operating in a distributed (equal) economic system. In this context, Bitcoin can also be referred to as BTC or Bitcoin (with a lower “b”).

Like digital money, bitcoin is supported by thousands of lines of code. It is based on open source software that is regularly improved by a large developer community. Initially, this software was also called Bitcoin, but in order to avoid misunderstanding, the main Bitcoin client software was officially renamed Bitcoin Core in 2014.

Bitcoin is not produced and is not controlled by a single organization or organization, but is supported by many computers (nodes) around the world. The Bitcoin network is based on a distributed ledger called blockchain, which is responsible for managing an organized list of all transactions. These transactions are grouped in related blocks, forming a chain of blocks (hence the blockchain).

Because of their different qualities and functionalities, people often confuse the differences between bitcoins and blockchains, since they are closely related, although they have different concepts. But what exactly is the blockchain?

In essence, a blockchain is a series of records, much like a general ledger or a single database. But its uniqueness comes from the mechanism it uses to verify and protect these records.

The problem of unique and immutable data has upset programmers since the early days of digital archiving. If the data on the disk can be easily changed, who will tell which version is legal and correct? This is a difficult question, with few answers until the early 1990s, when Stuart Haber and W. Scott Stornetta created the first blockchain archetype. They were the first to use cryptographic tests to protect the blockchain as a way to prevent data tampering.

The work of Haber and Stornetty certainly inspired Hal Finney and many other computer scientists, who eventually led to the creation of bitcoins. The Bitcoin technical document was published in 2008 by Satoshi Nakamoto and the first block was extracted on 3 January 2009.

Bitcoin’s underlying technology is designed to preserve data and transaction integrity. First of all, each transaction is digitally signed and verified using cryptographic methods that guarantee that the funds cannot be spent more than once. If it is confirmed that it is valid, the transaction is constantly written to the blockchain through a process known as mining (which involves more encryption).

This may seem like a lot more effort, but it greatly affects the security of the system. By changing the bitcoin chain it is necessary to analyze the entire structure by writing, which is almost impossible even for the most powerful computers.

Another important level of security is based on the fact that data is distributed across many network nodes around the world (each of which contains a copy of the blockchain data). This means that even if the data can be modified on a node, other members of the network easily recognize it as damaged since they do not correspond to any of the other copies.

This process is governed by a consensus algorithm called Proof of Work. It analyzes dozens, hundreds or thousands of copies of the same data simultaneously on many orders of magnitude more difficult than doing it once, so the data is so protected. Furthermore, a distributed system is much more resistant to interruptions and cyber attacks, since it does not depend on a single data center, like traditional centralized systems.

The blockchain technology has given rise to a unique and non-replicable piece of electronic data that can also be monitored through a series of entries in a distributed ledger, which led to the creation of bitcoins as a decentralized and cryptographically secure digital currency.

The Bitcoin protocol is designed in such a way that no more than 21 million coins are issued. The new coins are generated during the bitcoin mining process, which is based on cryptographic hash functions and is governed by the Proof of Work (PoW) consent algorithm.

In other words, the blockchain acts as a distributed register in which all transactions are recorded and which is very resistant to change and fraud. Database records cannot be modified and cannot be tampered with by an inaccurate amount of computing power. Therefore, the network can apply the concept of “original” digital documents, making each bitcoin a unique and non-replicable form of digital currency.

The power of unique data

So far, most digital technology has been obtained from easily replicable data and most of the future power of the technology will be achieved through the use of unique information and analysis of their interaction. For example, complex financial transactions will be much more accurate and less prone to misinterpretation as a result of innovative results such as Bitcoin.

Cryptocurrencies are already used in a wide range of contexts. Blockchain technology allows users to execute financial transactions with a significantly lower commission without having to rely on third parties, such as banks or financial institutions.

Furthermore, the blockchain architecture ensures a precise and immutable trace of data that can be monitored and archived for many decades, which makes them suitable for a wide range of applications that are not necessarily related to financial transactions. 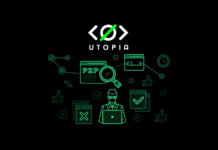 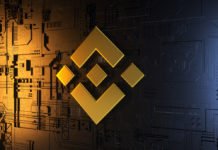